Tap to go to our mobile site 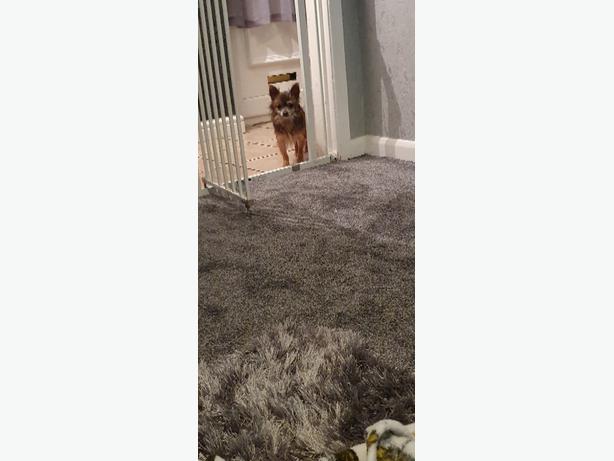 I have long haired small tiny boy
He is brilliant in every way
I've had him 4 weeks but my little boy dont leave him alone.hes to small to be messed with.
He loves hes bed and crate in the kitchen loves hes own space.but also loves cuddles from me.
Loves to stick to 1 person basically.
It took him 2 days to settle in propley he was acting a little scared but hes not now.
When I had him he came with nothing.
I've brought him a bed a crate jumpers onzies boss lead ,bowls spray big bag rotal cannon xxsmall he loves it bless him I've bathed wormed and flead him so hes spotless.the lady I had him off only used him for studs I had him as a pet boy like I say my 1 year old dont leave him alone and not fair on him I want the best loving home for him as to be in doors as hes only small bless him.£550 ono all hes stuff will come with him as I've spent loads but I also paid £500 for him so wont move major on price thanks for taking time to look at my advert also hes pics look big he needs to be viewed to appreciate hes size and quality of him.