Tap to go to our mobile site

We recognize that the financial impact of COVID-19 means that many people may need to find ways to both save money by purchasing secondhand items or to earn extra income by selling gently used items.

For more information, go to used.ca/covid-19 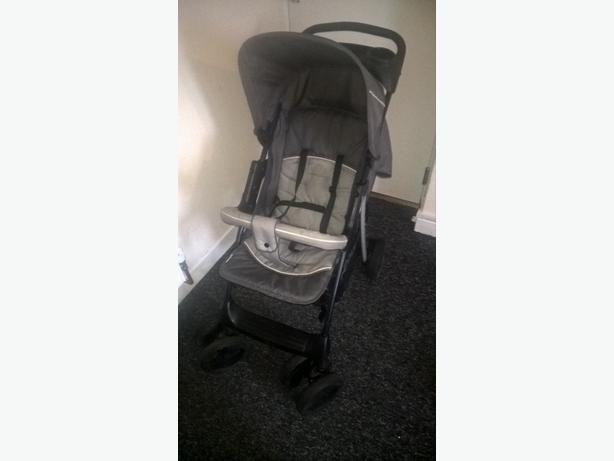 Hauck xl shopper travel system (grey&white) in good condition, comes with car seat and carry cot, car seat never been in a crash and hardly used due to not driving, carry cot has been tried once for around 2 minutes but my son didn't like it so ended up using a carrier, pram style lies back or sits up has the bar to go round also, under pram storage is quite large too. Rain cover included however has a rip at the bottom but don't effect use, also have a pram umberella(universal). Only selling due to now having a double pram. Collection only.